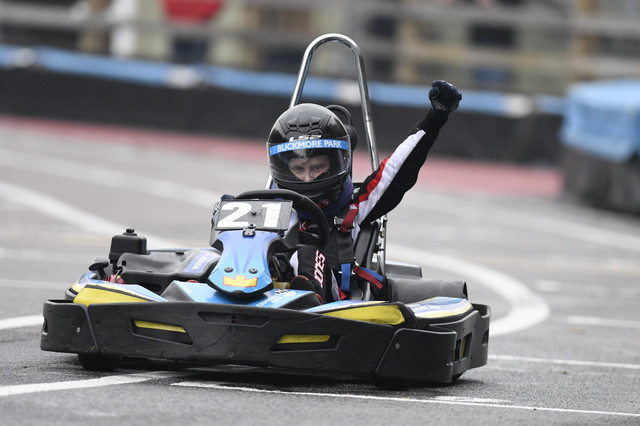 This season the youngest class would be remembered as the Beau Sullivan year, as he walked to the series win and at times it would even seem that he had no challengers at all. The closest driver to him was Leon Elliot but even he ended 37pts behind, while in 3rd we had just 3pts behind Will Ovenden. With Beau possibly moving to owner-driver racing soon, he will be my one to watch in 2019 after some fine performances towards the end of 2018.

In the RT8 Lightweight Class, we had Will’s Brother Tom Ovenden taking the fight to last years winter champion Kye Kinch. Round 1 would go Ovenden’s way but then Kinch would come out on top in Round 2, but then we had the return off Buckmore speedster Fraser Brunton who would take maximum points at the next two rounds. After this Brunton mid-season blip it was back to Ovenden and Kinch to battle it out and come the end of the season it would be Ovenden taking the title ahead of Kinch, while in 3rd we had Adam Harding who had made a late charge after missing the first two rounds.

Our RT8 Standards Class would be a close-run thing with Kieran Ives and Alex Jay both looking like Champion contenders early on. At Round 1 they both scored 110pts and from then on, they would be swapping places until the last two rounds when Ives pulled away to eventually take the title win by 12pts. In 3rd was Lewis Appiagyei, after missing Rounds 1 and 2 he then went on a hunt to catch the front pairing and gaining points at every round. Unfortunately, at the final round he had his worst event, scoring just 88pts so he had to settle for 3rd overall.