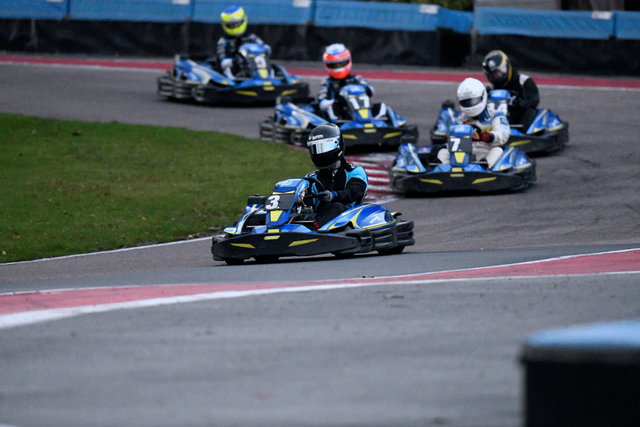 As 2018 comes to a close, we asked you for your feedback and suggestions for next years club events, what you liked/disliked and what we could do to improve the events.

The response was impressive and after reviewing all of the feedback, we are happy to announce the following changes to our Adult Club events coming into effect from March 2019.

A point will be awarded for pole position after the final Qualifying session has been completed, this will replace the previous rule where drivers could earn a point by achieving the fastest lap across the three Qualifying sessions.

We have amended the running order of the event to include a 10-minute gap between the end of Q3 and gridding up to allow for a break for Q3 qualifiers.

The format will now be 1x10 Minute Qualifying Session, 2x20 Minute Races. A drivers qualifying position will dictate their starting position in both races. The drivers result from both races will be scored individually and combined to conclude their final position. A tie on points will then be decided by their fastest lap in both races as a tie-break.

Each race will have two classes: “Pro” & “Clubman”. The Pro class is an 8 round Championship of where the best 6 rounds count. The Clubman class is non-championship and has been introduced to help drivers gain experience in this format before they progress and compete in the “Pro” class.

The GPL & International Sprint have been combined into one event which has been renamed “BP Sprint League”.

One endurance event will be scheduled each month, alternating between the 3 & 6 hour.

Endurance races will have two classes: “Pro” & “Clubman”. Pro class will be Championship, Clubman will be non-championship.

The 3 & 6 hour will still be standalone 4 round championships where the best three rounds will count. Together, all 8 endurance races will form the BP Endurance Series which is a collective Championship of which the best 6 rounds count.